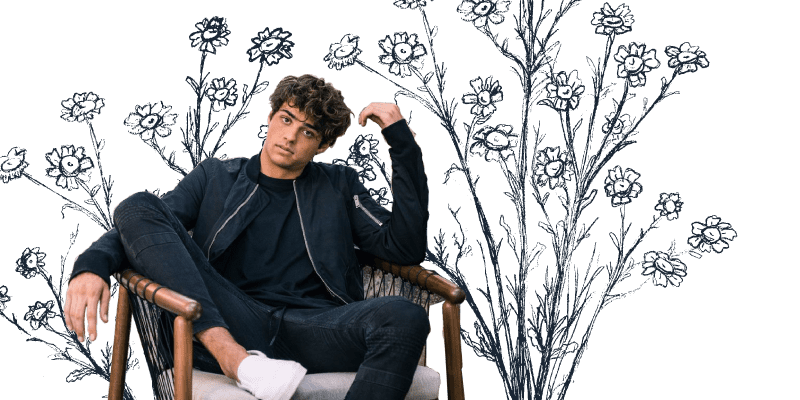 Pulling Out the Pedestal

Romantic comedies are not new to us. You know the story: boy meets girl, girl likes boy, romance ensues. Boy or girl leaves before realizing that they’ve made a big mistake and the two of them are destined to be together. Cut to a chase scene: they run towards one another at a wedding or in an airport before jumping into one another’s arms and living happily ever after.

Romantic comedies have been around since the 1930s, over the years, the focus and themes shifting from class differences to compatibility to sex and back again. Screwball comedies became popular during the Great Depression, parodying love and class differences through a battle of the sexes in films like It Happened One Night and The Philadelphia Story. The 1980s introduced romantic comedies with a focus on teenagers, with coming-of-age films like The Breakfast Club popularized by John Hughes. The 1990s and 2000s saw an abundance of rom-coms like Pretty Woman and Legally Blonde with staple stars such as Julia Roberts and Reese Witherspoon.

Over the past decade, though, romantic comedies have become less and less popular, with tickets sales dropping from 90 million from 2000 to 2008 to 42.8 million from 2009 to 2016 according to Vanity Fair. That is until 2018 revisited and revived the genre both in theaters and on Netflix with films like Crazy Rich Asians, The Kissing Booth, and Set It Up.

In August, Netflix had wild success with its record-breaking adaptation of Jenny Han’s young adult novel, To All The Boys I’ve Loved Before. The film follows high-school student Lara Jean Covey, played by Lana Condor, after her five private love letters are mysteriously sent out. In order to save face in front of her sister’s ex-boyfriend and current crush, Lara Jean agrees to start fake-dating Peter Kavinsky, played by Noah Centineo, the school’s resident hot and popular jock.

Immediately following its release, there was a surge of tweets and fan accounts and even USA, Elle, and The New York Times have published articles about both Peter Kavinsky and the film. Caring, romantic, and chivalrous, Peter Kavinsky is the quintessential hero. In her piece for Vox titled “Noah Centineo and the rise of the wholesome internet boyfriend, explained,” Constance Grady discusses the Peter Kavinsky fantasy: “a boy who will never, ever do anything cruel and will always tell you that you look really pretty today.” 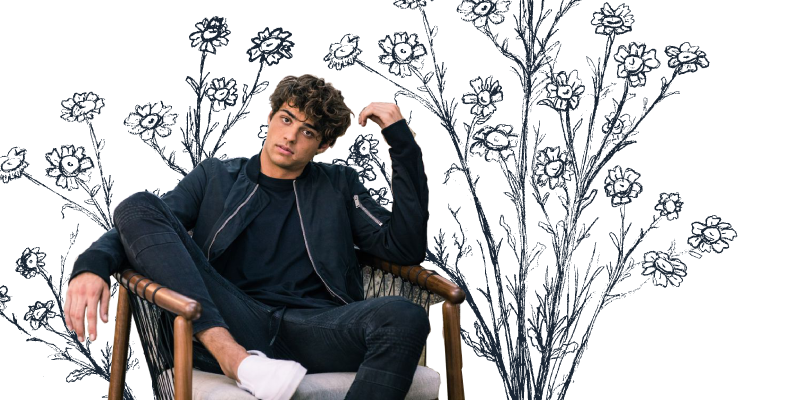 Grady analyzes this emerging desire for wholesome characters, as represented by Peter, and disgust for the previous, bad-boy archetypes, writing, “One of the side effects of the increasingly public gender struggles of the past few years is that they’ve made a lot of previously attractive romantic archetypes seem a lot less appealing than they used to.” Which is, undoubtedly, a very good thing. We shouldn’t be romanticizing heroes who don’t understand consent or basic human decency like Jake Ryan in Sixteen Candles, who after discovering Sam wants to sleep with him, becomes suddenly interested in her and trades his drunk girlfriend for a horny freshman in exchange for a pair of her underwear. Or John Bender from The Breakfast Club who repeatedly harasses Claire both physically and verbally, playing into the harmful cultural myth that if a boy is mean to you, it must mean he likes you.

However, the christening of Peter Kavinsky as The Wholesome Internet Boyfriend is more than a newfound obsession. Our new social norms have gone beyond accountability to a demand for perfection, not only from our romantic heroes but from people everywhere.

Recently, there’s been a shift in our social consciousness towards accountability, specifically towards men. Allegations of sexual harassment and sexual assault are being reported on and listened to more and more as a result of social media and the MeToo movement’s success and visibility. There’s been a shift in the way we view films like Sixteen Candles and romantic heroes like Jake Ryan and, as a result, in what we want out of new films and heroes.

Unlike the Romantic Heroes before him, Peter is pretty perfect. He doesn’t stick his head up girls’ skirts or use his drunk girlfriend as a pawn in exchange for another girl’s underwear. Peter is everything a girl in 2019 could dream of, staying in on a Friday evening to help Lara Jean bake cupcakes for her little sister’s bake sale and drinking kombucha instead of alcohol when he knows he has to drive. The simple act of Peter moving popcorn off the couch in the middle of a pillow fight with Lara Jean’s little sister was enough to warrant a flood of Buzzfeed posts, Youtube videos, and tweets.

What’s so striking, though, is the difference between the Peter Kavinsky of Han’s novel and the Peter Kavinsky of Hollywood. Han’s Peter lets rumors that he and Lara Jean had sex in a hot tub during a school ski trip circulate for more than a week and only when the rumors begin to affect him does he do anything, shutting them down after he’s publicly humiliated at a school presentation and his ego is damaged. Movie Peter, on the other hand, redeems himself immediately, publicly refuting the rumors immediately after he hears about them.

Not everyone is here for a perfect Peter Kavinsky, least of all Peter himself. In an interview with Teen Vogue, Noah Centineo reveals that he wants to explore a “darker side” of his character in a sequel. “Maybe Peter can fall from the pedestal? Maybe he can change into not-so-good of a guy?” Centineo says, “Maybe we can show the dimensions to different people: how we can be heroes in one moment and villains in another.”

But why does Peter have to become a villain in order for him to be a multi-dimensional character? Why can’t he be both the boy who drives Lara Jean and her little sister to school and the boy who lets rumors go unanswered until his ego is hurt? Neither of those things is heroic or malicious. Yet they still exist within one person.

Noah Centineo wants Peter to fall from the pedestal. But I still don’t understand why we had to put him up there in the first place.

We shouldn’t be romanticizing heroes that don’t do anything wrong. Perfection doesn’t exist and, if it’s all we expect, we’re bound to be disappointed. Han’s Peter knows this. In fact, he actively stands against the narrative of the Romantic Comedy, telling Lara Jean, “Hey, I’m sorry I didn’t show up on your doorstep with flowers and profess my undying love for you . . . but guess what, that’s not real life.” And he’s right. It’s not. 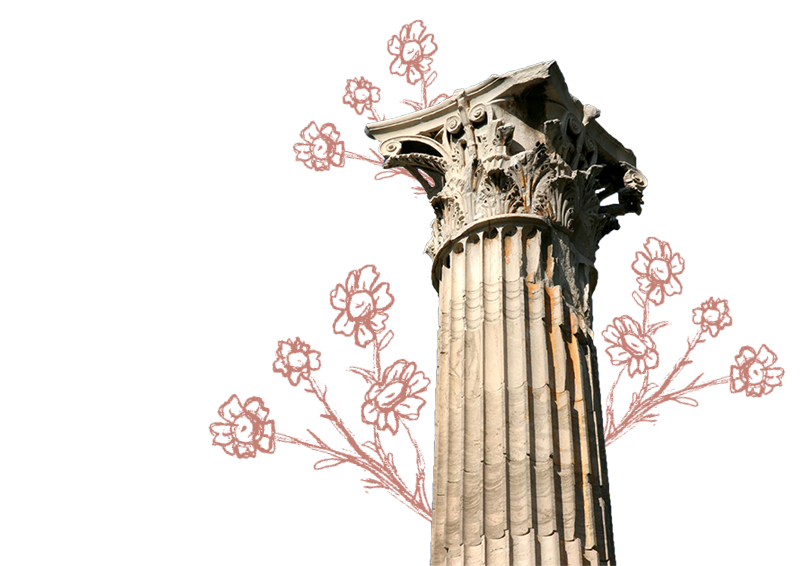 Instead of lusting over perfect characters, we need to analyze complex ones, like Han’s Peter and ask ourselves why — when they’ve made so many mistakes — we find ourselves going back to them again and again. We need to talk about which things we’re willing to forgive and which things we’re not. And that begs the question: Is Han’s Peter’s passivity forgivable? Is an apology or a change in his action enough to warrant forgiveness? And if not — what is?

A lot of our flaws are subconscious. They need to be talked about in order for us to learn why they’re wrong and to truly understand and change the root of the problem. In an article for The New Yorker, Molly Ringwald, best known for her roles as both Claire and Sam in The Breakfast Club and Sixteen Candles, reflects on Hughes’s films in the era of Me Too. Ringwald became successful at a very young age before moving to Paris, acting more sporadically and, in her words, “put[ting] [her] career on the back burner.” Ringwald writes, “The conversations about [Hughes’s films] will change, and they should. It’s up to the following generations to figure out how to continue those conversations and make them their own — to keep talking, in schools, in activism and art.”

But how can we do that if we’re shutting down conversation instead of cultivating it? There’s a certain safety surrounding the perfection of our pre-packaged Peter Kavinsky, and Hollywood is recognizing and capitalizing on it. It’s evident in the fact that, a mere four months after its release, To All The Boys I’ve Loved Before has already been ensured a sequel.

We lose the conversations and character development that occur as a result of Han’s Peter’s imperfections. After a video of Lara Jean and Peter circulates in the novel, Lara Jean’s older sister Margot takes the opportunity to talk about labeling, slut shaming, and double standards. She calls out commenters on the hot tub video saying, “All of the comments are about how Lara Jean is a slut, but nobody’s saying anything about Peter, and he’s right there with her,” unpacking the difference in how we think about men’s and women’s sexualities right there in the text.

Peter Kavinsky is the antithesis of Jake Ryan and John Bender. He’s so flawless and flat that he leads to another problem: he has nothing to be held accountable for. And, as a result, there’s nothing for us or the characters in the text to learn and converse about.

Ringwald continues, “It’s hard for me to understand how John [Hughes] was able to write with so much sensitivity, and also have such a glaring blind spot,” speaking of the gap between his films’ authentic portrayal of high school life and his problematic depiction of issues like sexual harassment.

This undying obsession with Peter Kavinsky is exemplifying our blind spot. Peter is developing an alternate and unrealistic version of reality. We can’t continue to expect and demand this type of perfection from people. If we do, we’re never going to be happy, because the only place we’ll be able to find it is in the recluse of romantic comedies.

But even more importantly, we’re not going to be able to enact any real change. Change requires accountability, yes, but it also requires conversation. It requires learning and educating others and ourselves in an attempt to do better in the future. Isn’t change — isn’t a conversation, the purpose of real art? We need to cultivate this conversation, this change, to move forward in the way we treat and think about issues like sexual assault and accountability. We so often conflate assault and abuse with romance, making romantic comedies all the more important in the conversation.

And Peter Kavinsky just isn’t going to cut it. •

Camille DiBenedetto is a staff writer for The Smart Set and an English major at Drexel University. In her free time, you can find her watching romantic comedies, listening to slam poetry, or rereading The Summer I Turned Pretty for the 27th time.