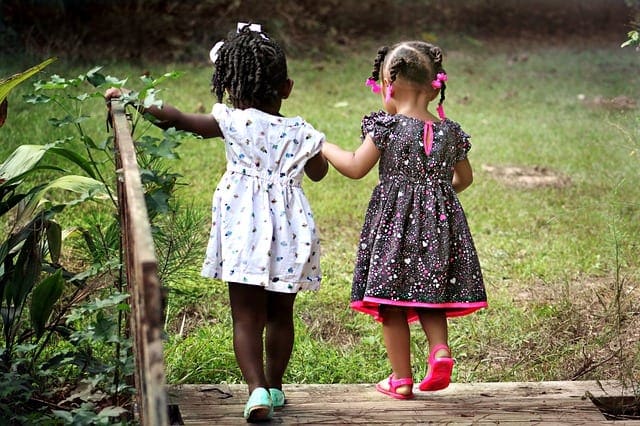 But if that’s what all parents want, then why do so many of us have to recover from our childhood?

Does this have to be the case? Is there a way that we can prevent our children from having to do the same?

You’ve probably heard of the Harvard Happiness Study — but there’s another study conducted in Britain that’s equally amazing. The British Birth Cohort Study began after World War II when researchers decided to study every woman who gave birth during a one-week period in 1946.

And then they did the same thing again and again and again. Eventually, they had surveyed 70,000 kids over a 70-year time period. What they found out was simple but had large-reaching implications: parenting matters.

Parents instilled certain beliefs and behaviors in their children that made all their difference in their ability to thrive in this world.

They showed that children who had engaged, interested, and responsive parents were more likely to escape from a difficult start. Parents helped their kids beat the odds, do well at school, and be happy later in life. 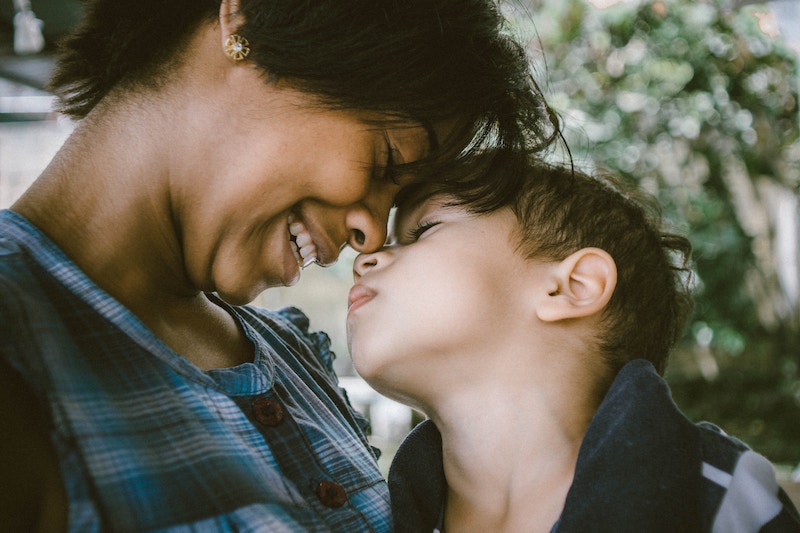 And it’s not a mystery what makes a more effective parent. Parenting expert Shelly Lefkoe realized that there are 3 simple strategies for raising happy children.

Shelly has worked with thousands of people all around the world, “from Mozambique to Minnesota.” And she’s noticed that most of us have developed beliefs that we’re not good enough, that the world will not support us, and that others won’t respect us. Her belief is that it’s our job as parents to help our children form positive beliefs about themselves, life and people.

She turned her life into a mission to help grandparents, parents, teachers, and everyone with a child in their life learn the best strategies for raising happy children.

One of the most difficult things about being a parent is knowing when and how to enforce the rules. Luckily, there’s mounting evidence on what works and what doesn’t.

The first thing to note is that heavy-handed tactics don’t work. In fact, they make things worse. One study published in the journal Child Development showed that children of parents who resorted to harsh verbal discipline were more likely to experience depression and act out.

Additionally, researchers also found that children are likely to interpret harsh verbal discipline as “indicative of rejection and scorn.” This, in turn, can cause children to adopt a hostile outlook on the world, a negative view of their relationship with their parents, a negative self-image, and lower their self-control.

On the other hand, research shows that when a parent actually responds to their children’s actions with warmth and understanding, it protects children from the effects of toxic stress.

So if you don’t understand the reason for your child’s behavior or resistance, it’s important to find out.

As Shelly Lefkoe says, “Get to the source, don’t force.”

When you force your child to behave a certain way, no matter how important the lesson is or how sincere your intention, the end result is that they will feel powerless. And if your child concludes they are powerless, is it worth it?

That doesn’t mean that you have to simply permit everything that your child wants to do or not do. It means you’ll have to get to the bottom of why they feel the way they do.

So what’s the best way to do this? 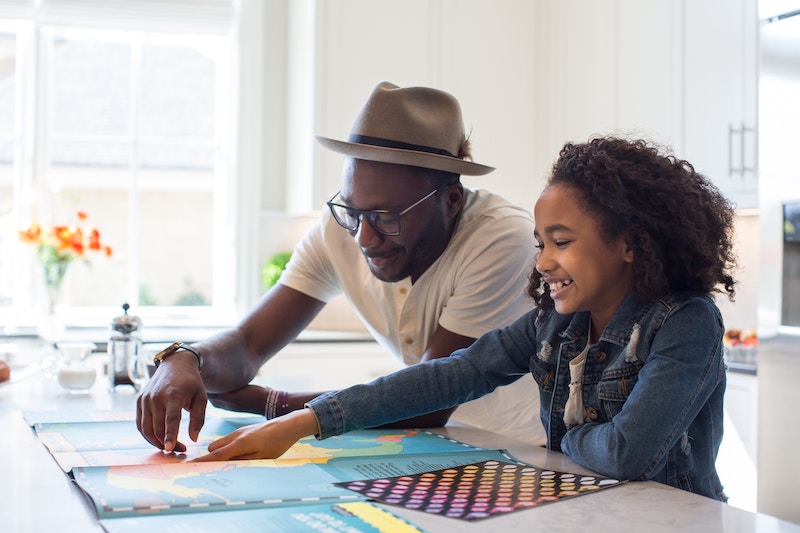 Ask what, not why

More often than not, if you ask a child (or even an adult for that matter) why they are doing what they do, they will make up a reason that seems logical.

But when you ask them what specifically it is that they don’t or do like about something, you’re more likely to gain insight into your child’s thinking and behavior.

For example, Shelly’s daughter didn’t want to brush her teeth. And while Shelly admits it was tempting to raise her voice and command her to do what she’s been told, Shelly chose to ask her daughter, “What is it about brushing your teeth that you don’t like?”

Her daughter’s answer was so simple, it was surprising. The bristles were hurting her gums. And just like that, something that could have devolved into a shouting match suddenly had a simple solution.

Almost all of us can remember how frustrating it was to ask out parents valid questions about their decision only to hear the dreaded “because I said so” response.

On the other hand, when you’re a busy and exhausted parent, it can be frustrating to have your decisions questioned. If you can see this as a desire on the part of your child to learn more about the world, about the way you think, and about their place in the world, it can boost your patience.

Students from middle-class backgrounds would ask more questions and interact with teachers more, resulting in more assistance, attention, and accommodation.

Why? It turns out that many parents from middle-class backgrounds instilled a sense of equality and power in their children. They did this by encouraging them to question and negotiate with people in authority.

So while it might take a few more minutes to answer your child’s questions thoughtfully, it’s worth it.

Why Negotiation Is Important

Feeling powerful, equal, worthy, competent, and confident enough to reach out and negotiate with peers and people in power is of equal importance to education.

So let your children have a voice. That doesn’t mean that they should get everything that they want, of course. But we should make space for their desires, their feelings, and their voice.

As Shelly Lefkoe said in the Mindvalley podcast,

If a sense of their own inherent importance, worthiness, and power aren’t instilled early on, then it’s a lot harder and more expensive to develop as an adult.

3. Recognize Your Child As A Human Being, Not A Human Doing

More and more parents are trying to embrace their child’s passions and set them up early for success.

But unfortunately, many parents try to prepare their child for the world by shuffling them from school to soccer practice to violin lessons. Often, this is because we’re concerned about them getting into college or encouraging their talents.

And rooting for them at a soccer game is great, but it’s important for children to just have time to be with you. That’s why sitting down for family dinners increases the likelihood that a child will grow into a happy adult.

So yes, it’s wonderful to advance the skills and ambitions of your child — but the best way to do that runs counter to conventional wisdom.

According to studies, praising children for their achievements and skills can actually backfire. It can lead to less persistence, less success, and more anxiety. But by acknowledging your children for who they are encouraging them to continue exploring, you’re better preparing them for life. 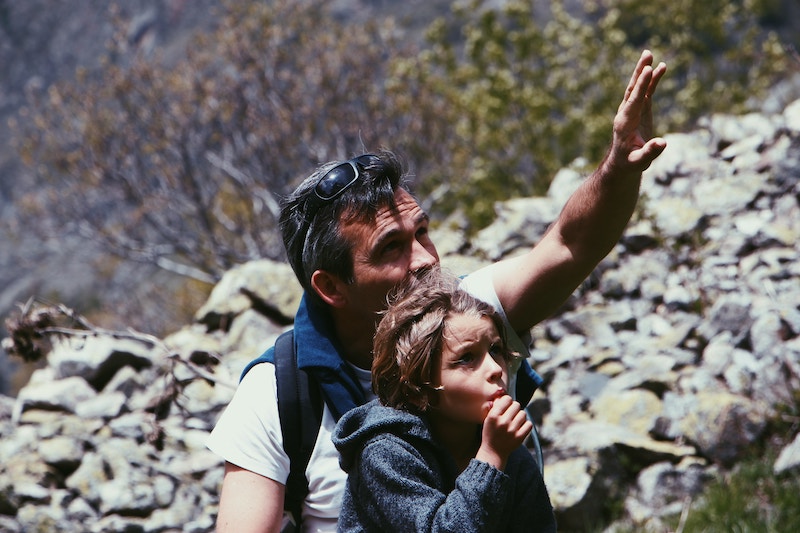 As Shelly reminds us,

At the end of the day, it’s not what you do that inspires people. It’s who you are.

What strategies do you use to raise happy children?